A new juice bar has sprouted in the Fan.

The Beet Box, a juice bar and café, opened earlier this month at 2611 W. Cary St.

Behind the Beet Box are Antoine “Roc” Meredith and Ashley Lewis. Meredith also owns and is a personal trainer at ReDefine RVA, a gym right next door at 2609 W. Cary St.

Meredith said he’d been kicking around the idea of opening a juice bar to complement ReDefine for years. After glass shop Green House Glass, which had formerly operated in the Beet Box space, moved out, Meredith jumped on it.

“I was leaving the gym one day and saw the space was vacant. It never had dawned on me that it could be the juice bar,” Meredith said. 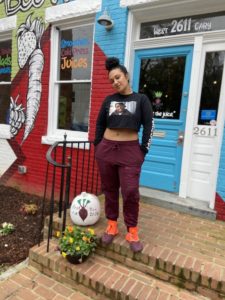 He then leased the roughly 1,500-square-foot space and linked up with Lewis, a California native with a background in the culinary industry. Lewis said the downturn brought by the pandemic in the spring gave her and Meredith time to flesh out the Beet Box concept.

“I was able to get so much done just being home. It gave us time to just work on it and get our ideas together,” Lewis said. “I was like, if people don’t want to be healthy now, they probably just won’t ever do it.”

Most items on the Beet Box’s menu — juices, smoothies, bowls, wraps and salads — range from $7 to $9. It also offers a build-your-own juice option, a jerk chicken wrap and caprese salad, and Meredith said the menu will evolve over time.

“As we grow we’ll try to fine-tune the menu,” he said. “My mission now is to tie the gym side of things and the nutrition side of things to truly help live a healthy lifestyle.”

Meredith said the Beet Box has room for limited seating but is operating on takeout only during the pandemic. 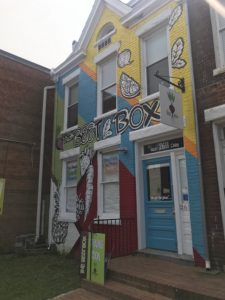 Lewis and Meredith handled the buildout of the space themselves. Since opening, Lewis said, they’ve enjoyed a good reception, and it hasn’t only been gym-goers coming in.

“We’ve been getting lots of families, couples and young kids,” Lewis said. “I felt nervous in the weeks leading up to (the opening) but I feel good about the brand and our growth potential.”

Added Meredith, “I’ve been wanting to open a juice bar for five or six years. It’s been hard, especially with COVID, but it was a dream and a goal I wanted to accomplish.”

Meanwhile, on the eastern side of the city, North End Juice Co., another local operator, recently opened a fourth area location in Church Hill.

Digital therapeutics and wellness app users to reach 1.4 billion by 2025

Tamers or tamed? | The Express Tribune

Digital therapeutics and wellness app users to reach 1.4 billion by 2025

Stop & Shop Goes All Out for Diabetes Awareness Month

Neck Surgery: How to Prepare

Is your constant headache a sign of something serious? Read it all here

Get Where to Buy Meticore Updates